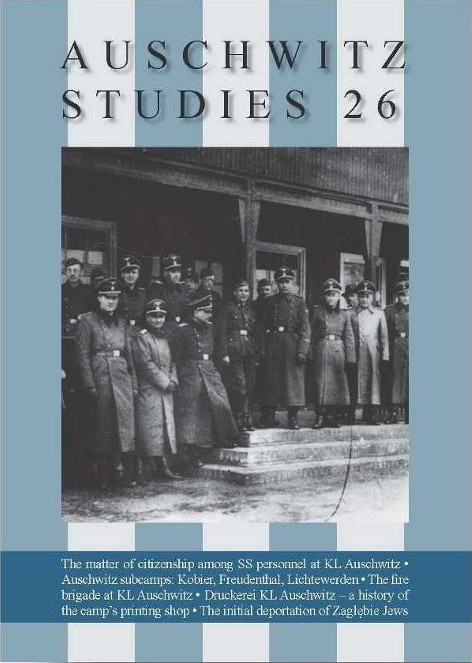 The main article of this issue written by Aleksander Lasik is devoted to the matter of citizenship among the SS personnel  at KL Auschwitz in the years 1940-1945.

Aleksander Lasik - The matter of citizenship among the SS personnel  at KL Auschwitz in the years 1940-1945.

To reach a broader circle of readers Issue 26 of Zeszyty Oświęcimskie (Auschwitz Studies) has been translated into English for the first time. Auschwitz Studies, the main academic periodical issued by the Museum since 1957, features many significant articles on the history of KL Auschwitz and other extermination centers that had operated during  World War II. Issues 1 - 25 are available in a Polish and German language version. Subsequent editions of Auschwitz Studies will be published in Polish and English. At the same time, the periodical will not be issued in a German language version.