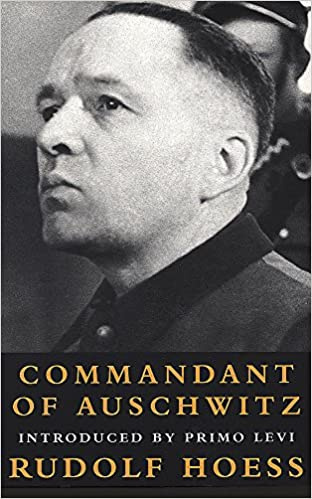 A self-portrait, composed by one of the greatest monsters of all time: Rudolf Hoess, the Commandant at Auschwitz, and the man who knew more than almost anyone about how Nazi Germany implemented the Final Solution. Captured by the British after the war, tried, and sentenced to death, he was ordered to write his autobiography in the weeks between his trial and his execution (which fittingly took place in Auschwitz itself). Hoess apparently enjoyed the task, and the most careful checking by researchers showed he took great pains to tell the truth. The result: a vivid and unforgettable picture of the 20th century's defining and most horrific event. Royalties from this book go to the fund to help the few survivors of Auschwitz.