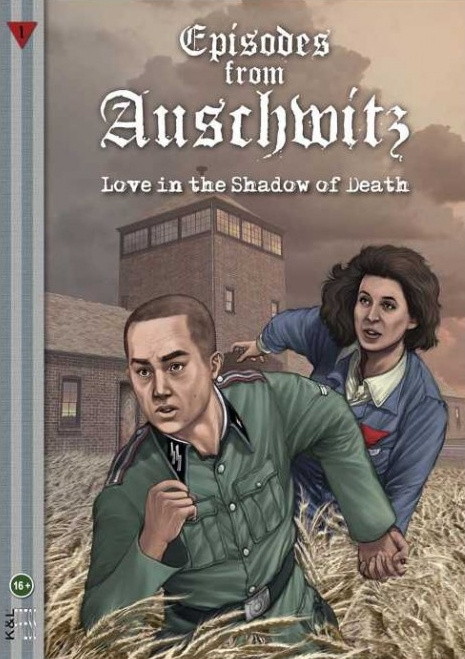 "Love in the Shadow of Death" is the true story of two prisoners from the Auschwitz death camp - Mala Zimetbaum, a Jewish woman, and Edward Galiński, a Polish man. Mala, thanks to her knowledge of several languages and engaging personality, was made a messenger (Läuferin) in the women's camp. Edek - prisoner of Auschwitz, brought in the first transport of Polish political prisoners - after his stay in the main camp, was transferred to the maintenance work unit in Auschwitz II-Birkenau.

This comic tells the story of the love that these two individuals develop for one another, their unsuccessful escape, and their tragic death in the camp. This comic shows, in a non stereotypical way, the complicated relationship between prisoners, the functionary prisoners, and the members of the SS guard garrison within Auschwitz.