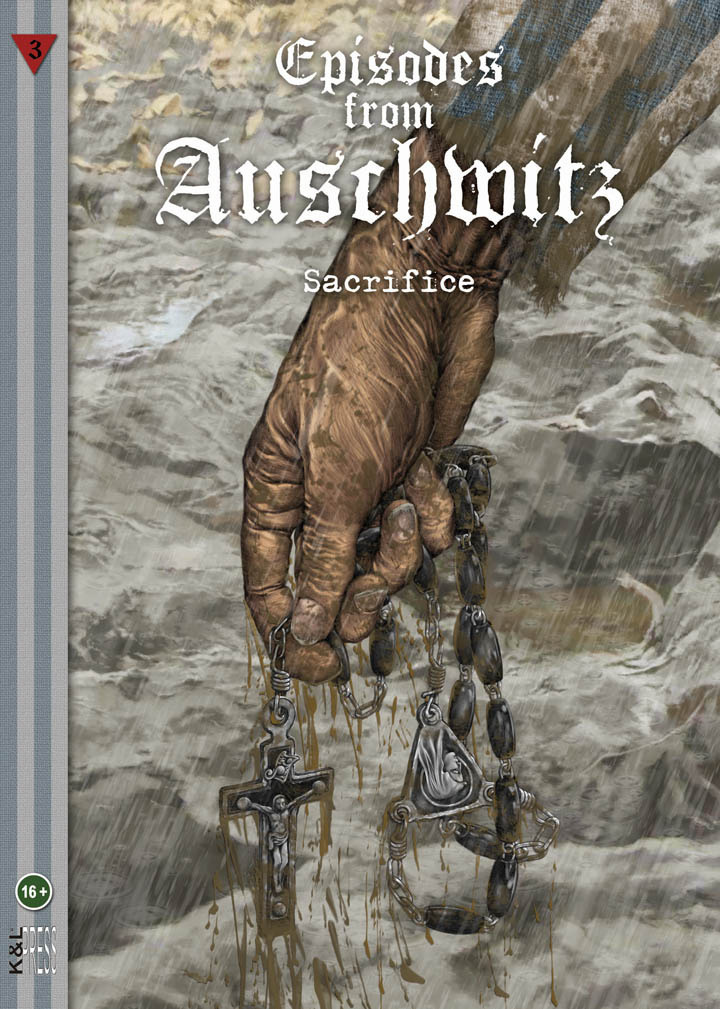 Sacrifice is the story of Maximillian Kolbe, Franciscan Monk from Niepokalanów, the Saint from Auschwitz. The story centers on Father Kolbe's incarceration in the concentration camp. In addition to his story within the camp, the comic also shows the main events in the life of Father Kolbe, his missionary work, his innovative use of modern media as an evangelical tool, and his sacrifice in the name of Christianity. The authors have not omitted the lesser known and often overlooked aspects of the Saint's biography, such as attitude towards Masons and Jews in the interwar period. The central point of the story is the clash of attitudes and views of people in the inhuman reality of Auschwitz.