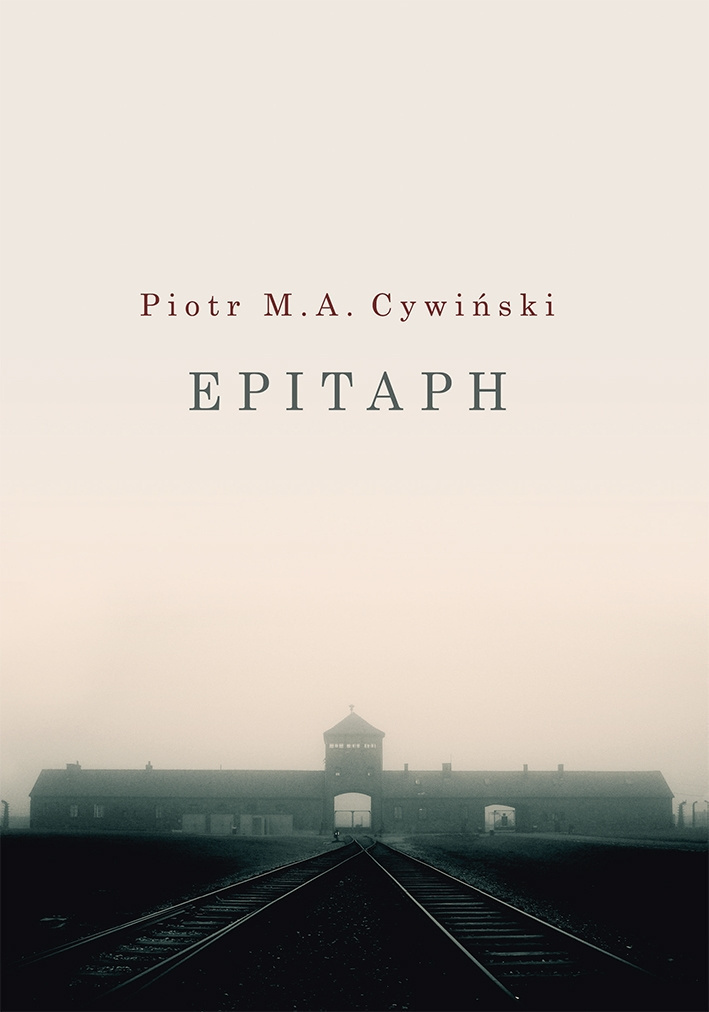 On the occasion of the 70th anniversary of the liberation of Auschwitz, the collection of 14 essays written by Dr. Piotr M.A. Cywiński who for several years has been director of the world's most famous Memorial Site and symbol of the Shoah has been published in English.

Epitaph contains inspiring reflections revolving around Auschwitz and the twenty-first century human impact of the darkest page of history — the attempt to wipe out the Jewish people on an industrial scale, methodically planned by the German Nazis.

The publication is also a deeply personal work — in the first sentence of the essay "The Child" Cywiński openly admits: "I have to say: I do not know how to write about this. The issue of children in the camp surpasses our verbal culture probably the most." The counterpoint for the afterthought that "in the Holocaust of children, man transcends humanity" is the picture of his own, happy daughter walking in a "filmy, light dress" with her father, which is interwoven with the description of a museum cabinet with clothes and rompers of murdered children.

"This is definitely unbearable when someone is a father. After my daughter was born, for a year and a half I could not approach this cabinet. Even when I was coming with official visitors, I always managed to stay behind around this place. And I always managed not to approach this subject," writes Cywiński in an honest and helpless manner.

From the texts clearly emerge the author's conviction that to Auschwitz, one cannot remain indifferent. This Site, marked in a unique manner, forces not only to confrontation with the dimension of the death of over one million innocent civilians, but also with one's own self, and everyone must independently find their own way of "dealing" with it themselves. Piotr Cywiński is also continuously looking for it himself, at the same time not avoiding the intimate, emotionally - literary - philosophical journey of queries which will be interpreted by some as provoking or even uncomfortable but which will definitely become an inspiration for acting for others.