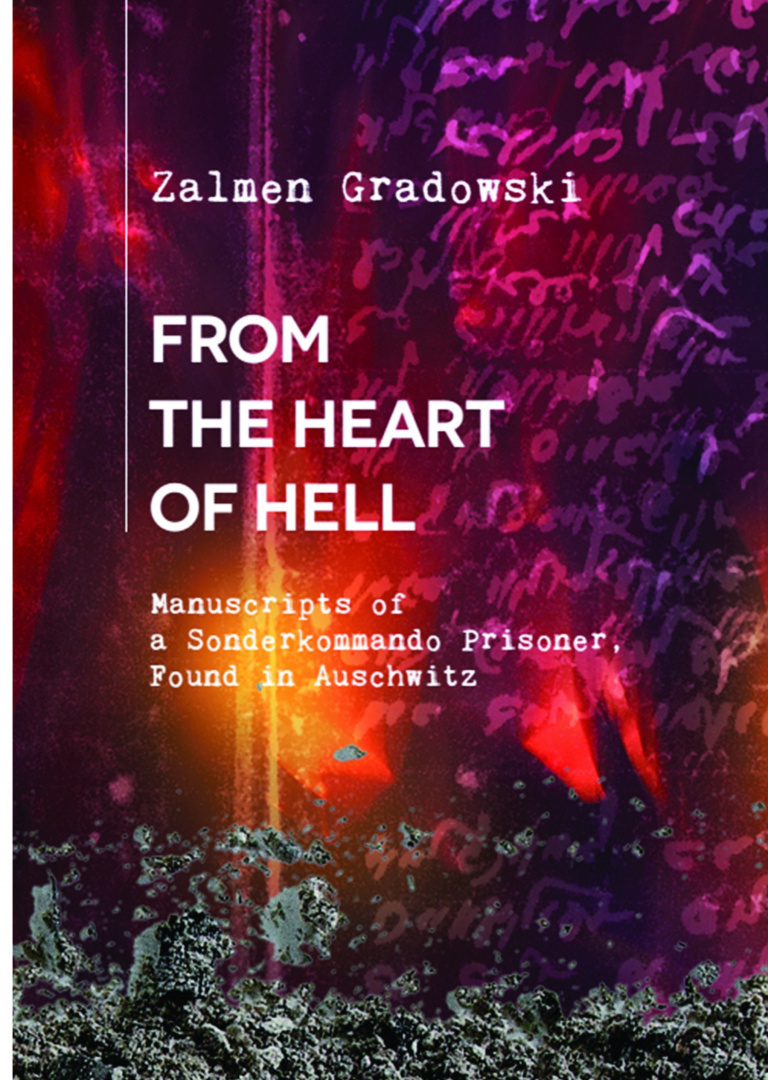 In December 1942 Zalmen Gradowski, a young man with literary talent, was deported by the Germans from the Grodno ghetto to Auschwitz, along with his whole family. His closest relatives, including his parents and wife, perished in the gas chambers immediately after arrival at the camp. He himself was sent to the very heart of hell - to the Sonderkommando, a special group of prisoners forced to burn the bodies of those murdered in Auschwitz.

Wanting to preserve the memory of his nearest relatives, and to inform the world about the extermination, the young man made notes in Auschwitz. Those texts turned out to be an extraordinarily shocking literary record of the tragedy that befell the Jewish people during Second World War. They are written in highly emotional, at times thoroughly poetical, language. Paradoxically, in the hell of Auschwitz a writer was born - Zalmen Gradowski.

Sadly, Gradowski too died in Auschwitz, probably on 7 October 1944, during the revolt of the Sonderkommando. But his dream came true: the manuscripts which he buried in the vicinity of the crematoria have survived. They were found shortly after the war in the grounds of the Birkenau camp.

The present publication, which contains all of Zalmen Gradowski's writings, is above all the priceless testimony of an eye witness to extermination. But it is also a successful attempt to portray the unimaginable and inexplicable - the Shoah, one of the blackest chapters in the history of the 20th century.