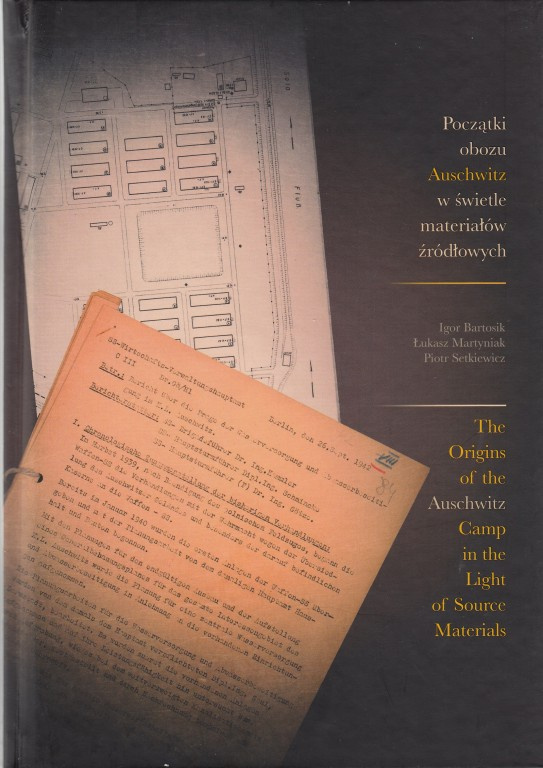 The Origins of the Auschwitz Camp in the Light of  Source Materials is an analysis of almost one hundred previously unpublished or little-know German documents connected with the origins of KL Auschwitz and the first phase of its operation.

The authors examine many aspects of the history of Auschwitz that have not been studied before, such as the decision to establish the camp, its planned size, and the chronology of its construction. The documents presented here with historical commentary confirm that almost from the very beginning Auschwitz was planned for 30,000 prisoners - larger than any one of the concentration camp existing at the time. Many of the documents discussed here attest to the significant role played by the many German firms involved in building the camp complex.

The authors—Piotr Setkiewicz, Igor Bartosik, and Łukasz Martyniak—are historians at the Research Center of the Auschwitz-Birkenau State Museum in Oświęcim.