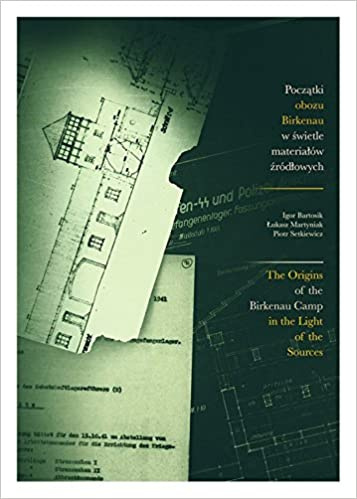 The Origins of the Birkenau Camp in the Light of the Sources is an analysis of one hundred little-known German documents, the majority of them published for the first time, bearing on the origins of the Birkenau camp and the first phase of its operation. The authors present many new findings connected with, among other things, the chronology of the chaotic decisions made by the SS leadership at the stage of planning the new camp. They explain the factors that influenced the size of Birkenau, its form, and its spatial layout. They make it clear that the intentions of the planners reflected the exterminatory function of the camp, which they assumed in advance. The authors also draw attention to the harrowing conditions under which prisoners and Soviet POWs labored. Many of the documents bear witness to the significant role played by private German construction companies.

The authors—Piotr Setkiewicz, Igor Bartosik, and Łukasz Martyniak—are historians at the Research Center of the Auschwitz-Birkenau State Museum in Oświęcim.

This publication is a continuation of the series that began with the study The Origins of the Extermination of Jews in KL Auschwitz in the Light of the Source Material.