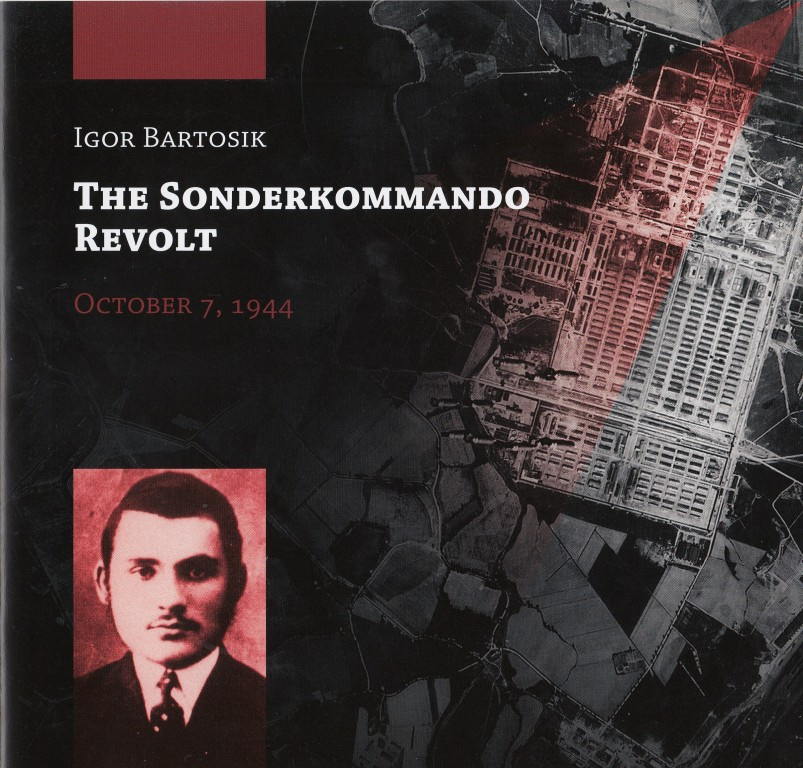 On October 7, 1944, the revolt of Sonderkommando in Birkenau camp broke up. Sonderkommando was a work detail, which members were responsible for cremating corpses of victims killed in gas chambers. Story behind this event, that was the only one organised action of the Holocaust eye-witnesses against supervisors in the Auschwitz history, was reconstructed by historians on the basis of very few testimonies written by a camp survivors, and based on the nazi documents.

This publication written by Igor Bartosik, PhD, from the Auschwitz Museum Research Center, was designed as a guide to the sites related to this revolt.

An introduction includes the story of Sonderkommando in Auschwitz, but the primary focus is to present the places, where those tragic events happened, and their main characters. The whole is complemented by site location plans marked on the aerial photographs taken by the Allies, selected documents and archival pictures.