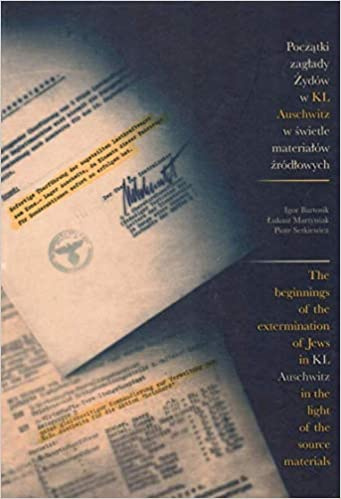 Not published until today source materials make it possible to fill in to a considerable degree the historical knowledge about functioning of the first gas chambers in Auschwitz.

As a result of extensive searches conducted in both the Zentralbauleitung collection and the other Auschwitz Museum archival resources, a range of interesting and previously unknown documents has been identified. The majority of them (over 70) are presented in the book "The Beginnings...", divided into six basic thematic sections: — the history of the gas chamber at crematorium I in the Auschwitz I camp; — the functioning of the provisional gas chambers in Birkenau, known as bunkers I and II ("The Little Red House" and "The Little White House"); — the wooden barracks used as undressing rooms for the people murdered in bunkers I and II; — the history of the unloading ramp where Jews deported to Auschwitz underwent selection; — the establishment of the Sonderkommando and its first year of existence; — the mass murders, known as "special operations," carried out in the camp. These documents make it possible significantly to clarify the chronology of events and to confirm facts known until now only through witness accounts.