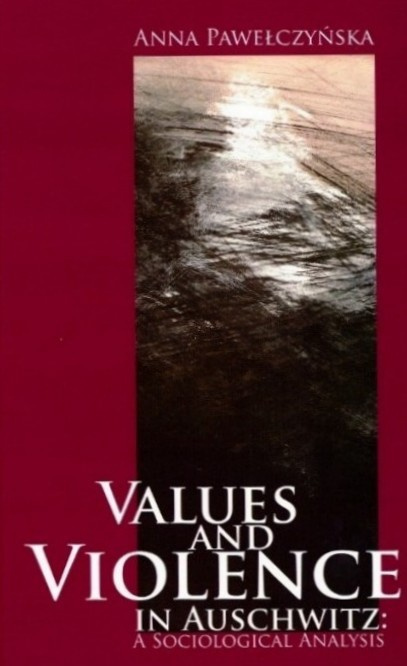 Values and Violence in Auschwitz: A Sociological Analysis Anna Pawełczyńska (b. 1922) — Polish university professor and sociologist of culture. Imprisoned in Auschwitz and Flossenbürg concentration camps during the World War II. Author and co-author of over 25 books and major studies as well as over a hundred peer-reviewed articles. In 1972, she published "Wartości a przemoc", an attempt at a sociological approach to issues connected with the concentration camps on the basis of "participatory observation". The book appeared in an American version as "Values and Violence in Auschwitz" in 1979 and a German version ("Werte gegen Gewalt") in 2001. Since its initial publication, this unique study has become one of the most respected considerations of the sociological realm of Nazi concentration camps during the World War II. Using the Auschwitz camp as the center for this investigation, Anna Pawełczyńska incorporates academic examination with personal evaluation to provide a sensitive yet comprehensive sociological analysis of human behavior in concentration camps.