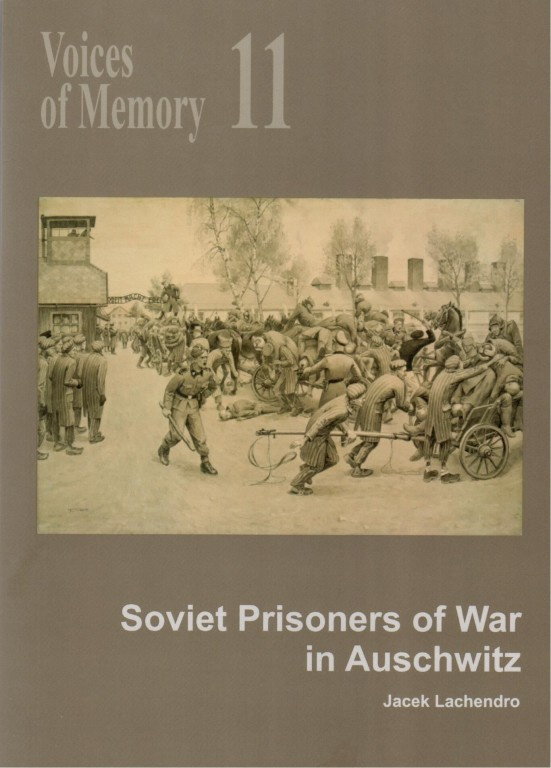 „Voices of Memory" 11 is devoted to Soviet Prisoners of War. The first groups of POWs were brought to the camp in the summer and autumn 1941. Camp authorities established 'camp for soviet prisoners of war'. In the separated area of Auschwitz, that comprised 9 buildings, were placed 10, 000 POWs. Many of them were extremely exhausted, starving and tortured to death by the SS-men. The POWs were driven out to the slavish labor at the construction of the camp Birkenau. Soviets were the first inmates in the Nazi German system of concentration camps and killing centers to have number - replacing their names - tattooed on their bodies. Soviets were also the victims of first experiments in the mass killing of people with Zyklon B. In March 1942 POWs were transferred to the newly-built camp Birkenau. Out of approximately 10,000 - who had been registered five months earlier- there were about 660 alive. This publication consists mainly of a source material (a collection of accounts, and testimonies) divided into 4 parts: The killing of the first groups of Soviet POWs (summer -fall 1941), Soviet POWs in the main camp (October 1941 - March 1942), Soviet POWs in Birkenau (March 1942 - January 1945), Evacuation. In addition the publication includes selection of documents related to the extermination of Soviet POWs and photographs: archival and contemporary.