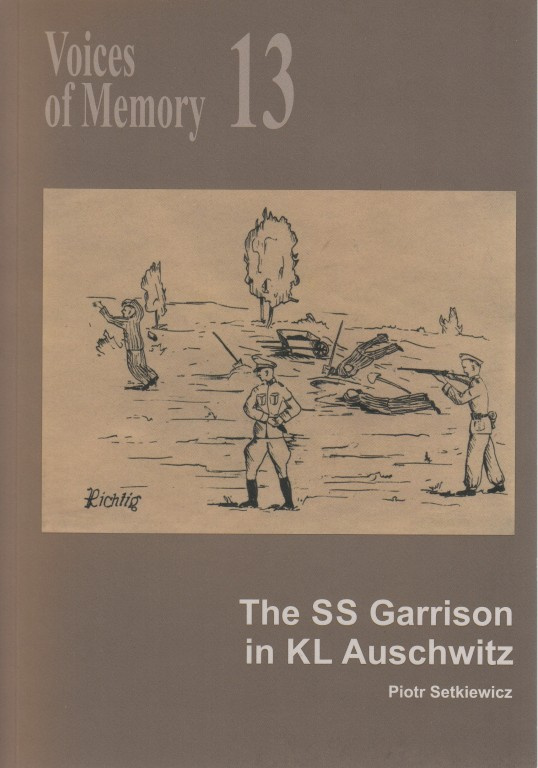 "Voices of Memory" 13 by Piotr Setkiewicz presents the daily life of SS-men in various sociological aspects: starting from their professional obligations, through family duties and ending with the issues of religion and education.

The contrast between the nature of service performed by the officers and the ostensible normalcy of their private life is quite shocking. Crimes were committed almost continually: on duty, but also off duty, during roll-calls, night watch, selection at the train ramp and the evening dinner with wife and children.

The most extensive portion of the publication is taken up by the detailed selection of sources (accounts, memoirs). Documents of camp administration are particularly interesting, which present the operation of the camp as a state institution, where the employees receive various perks and are subject to specific penalties for breaking the rules. The documents include "Appeal of the SS Staff to Celebrate Führer's Birthday", "Warning to SS-men about Effects of Failing to Observe Professional Secrecy", "Invitation to Sports Contest", "Instruction on the Conduct of SS-men on Trains."

The publication is supplemented with photographs taken by SS-men presenting officers from the KL Auschwitz garrison in the SS recreation centre in Międzybrodzie or during exercises at the shooting range in Rajsko.