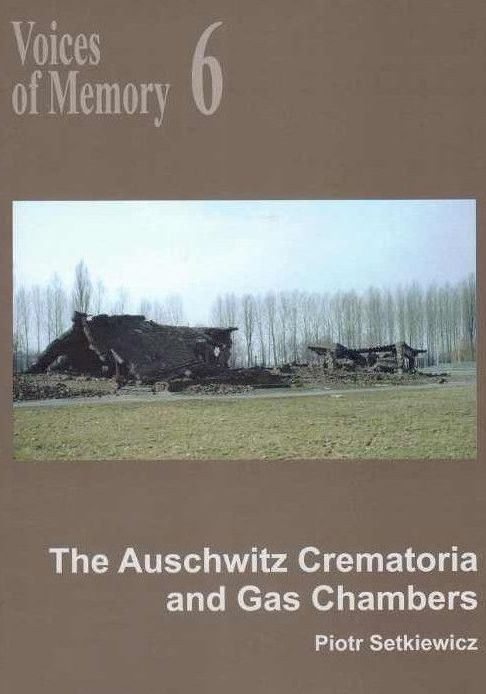 The gas chambers and crematoria of the Auschwitz camp are known to the entire world as a place of special historical, symbolic, and emotional significance. After all, the largest mass murder in modern Europe was committed there: the extermination of more than a milion Jews — men, women and children — deported from all countries occupied by Nazi Germany during the Second World War. The gas chambers and crematoria of Auschwitz are above all a symbol of the Shoah, but they also have enormous significance for Roma, Poles, Russians, and other peoples whose representatives suffered and died in this and other extermination centers.

The present publication addresses these issues connected with the planning and construction of the extermination apparatus at Auschwitz. Aside from documents and plans developed in the camp construction bureau, we also include excerpts from accounts by prisoner witnesses who survived the camp and courtroom testimony by SS men who participated in the Holocaust.

The statements by the members of the 'Sonderkommando', who were forced to work at burning the corpses of the victims, are especially noteworthy.

Although this book devotes many pages to technical, economic, and organizational matters connected with the plans for building the crematoria and gas chambers at the Auschwitz camp, the reader should constantly bear in mind all the people who were murdered in the camp, their bodies burned, and their ashes left scattered over the earth to this day.