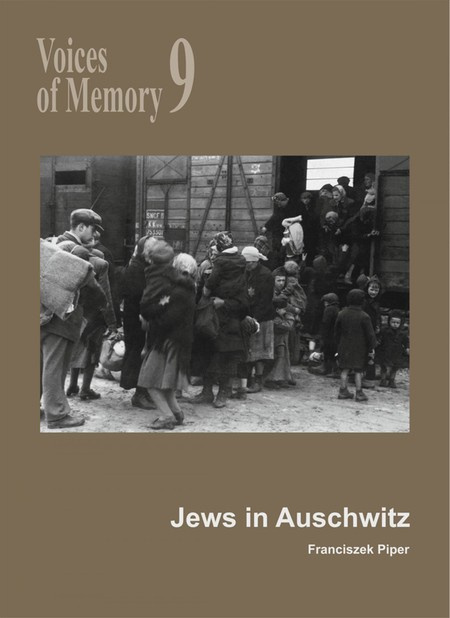 The ninth volume in the "Voices of Memory" series is unique. Previous volumes presented such various aspects of the Holocaust of the Jews as medical experiments, punishments, evacuation and liquidation of the camp and the history and functioning of the gas chambers and crematoria.

Now we are attempting a comprehensive account of the Holocaust of the Jews in Auschwitz. We are offering our readers an opportunity to explore the story of the Jewish victims of Auschwitz in a systematic way. An important element of the publication is tracing the routes and organization of transports to the camp, and characterizing deportation from individual countries.

This gives the reader some idea of the enormous logistical, organizational and material resources that Nazi Germany put into the "Endlösung der Judenfrage". This publication makes apparent the weight that the German state apparatus attached to effectively conducting its operation to exterminate the Jews.

The publication includes also a wide selection of memoirs by former prisoners of Auschwitz and archival documents.