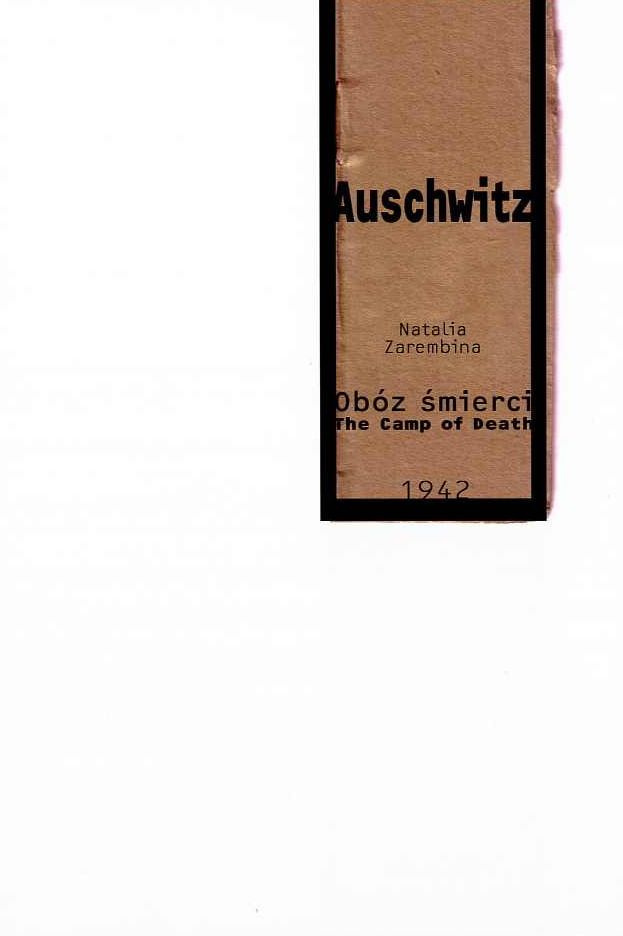 The book "The Camp of Death" was the first documentary publication on Auschwitz published in eight languages in the free world in 1943-1945. This edition is the first publication of Natalia Zaremniba's book in the last sixty years.

Natalia Zarembina nee Lipszyc "Wita Marcinowska" (1895-1973), journalist and writer, wife of Zygmunt Zaremba, leading activist of the Polish Socialist Party. During World War II, active in the underground, in the Polish Socialist Party and the "Żegota" Council for Aid to Jews. She left her country for political reasons in 1946. Three years after her husband's death (he died 1967 in France), she returnded to Poland. Died in Warsaw in 1973.