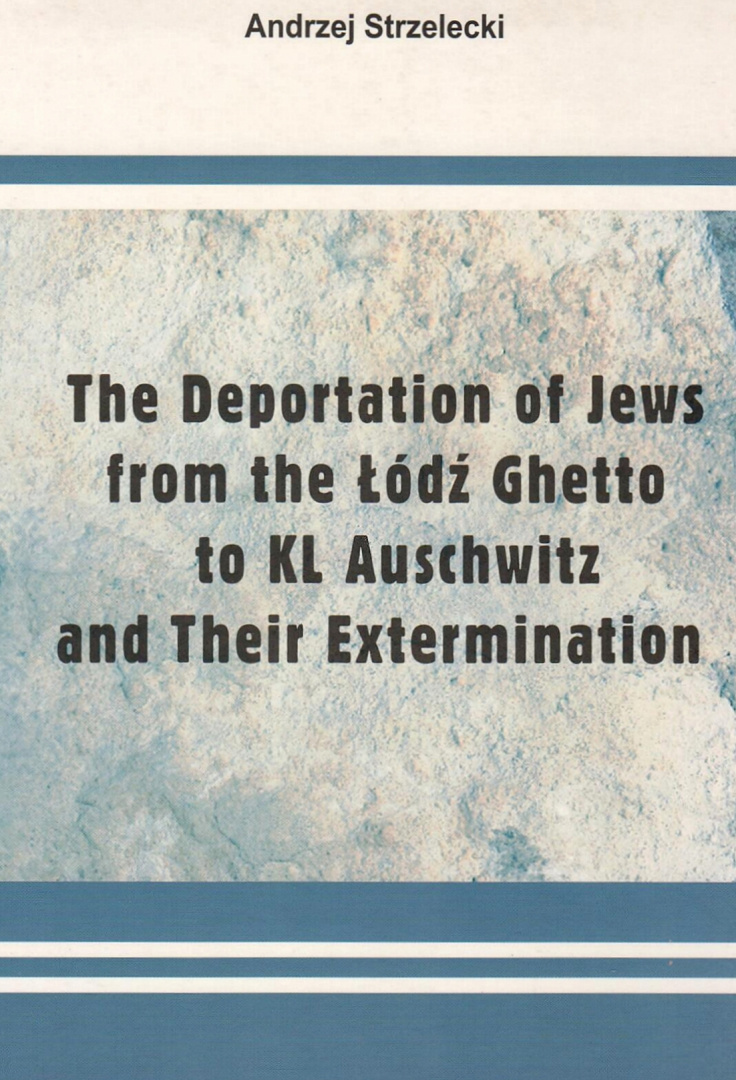 This is the first attempt at a detailed account of the deportation of the Jews  from the Łódź ghetto to Auschwitz concentration camp in August 1944, and their subsequent fate. Besides Polish Jews, Jews from the Protectorate of Bohemia and Moravia, Germany, Austria, and Luxembourg had been confined in the ghetto since October and November 1941. Strzelecki states that approximately two-thirds of the 67,000 Jewish deportees from the Łódź ghetto were exterminated in the gas chambers immediately after arrival, with the others being sent to slave labor in various parts of the Third Reich. A small number were assigned to labor in Auschwitz and its sub-camps. Only a few survived this trail of martyrdom.

The book also includes a partial list of the names of Jews transported from Łódź to Auschwitz Concentration Camp (the victims who were murdered immediately after arrival and the prisoners who were registered in the camp or held on "deposit"). The last part of the book contains many previously unpublished documents from the offices of the German authorities in Łódź, the Jewish Council of Elders in the Łódź ghetto, and various concentration camps. It also features a rich selection of memoirs and accounts. A total of only 7,000 to 10,000 people survived from the Łódź ghetto's population of more than 200,000. Over 40,000 died of starvation and sickness in the ghetto. According to Strzelecki, the German authorities liquidated the Łódź ghetto out of security considerations, above all, since these were important in the vicinity of the front lines. The uprisings that took place in 1943 in the Warsaw and Białystok ghettos, and in the Treblinka and Sobibór death camps, heightened German fears in this regard.