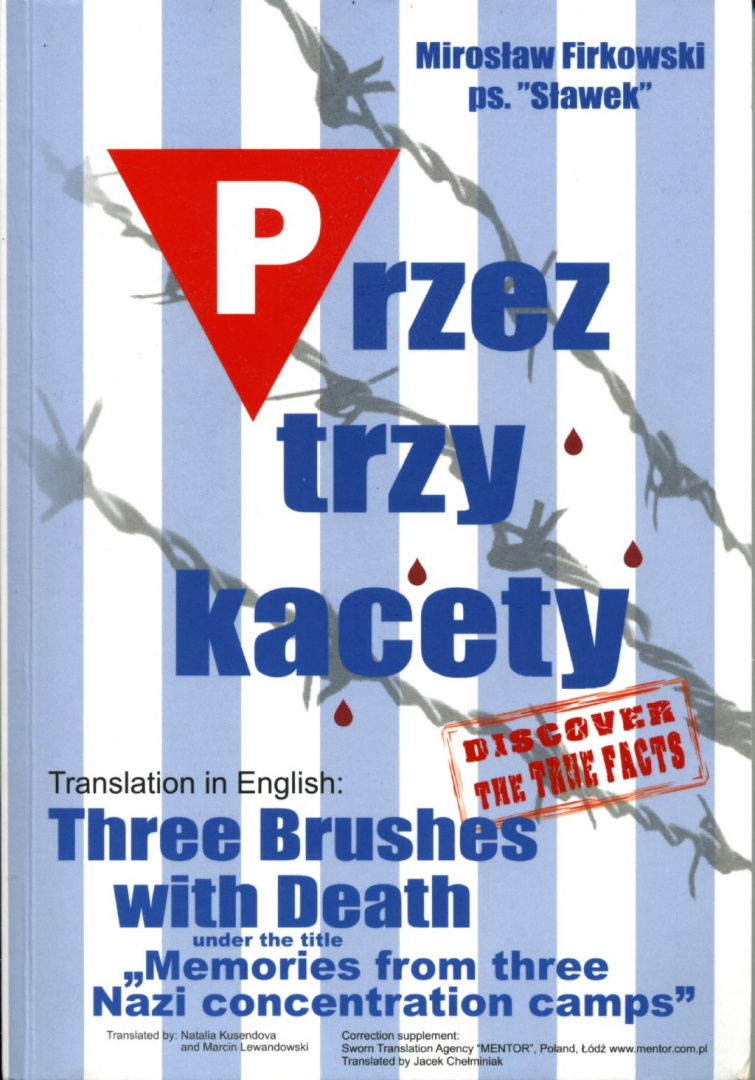 We have heard about many of the terrible things that happened in occupied Poland during WWII in the Nazi Concentration Camps, but how many of us have heard first hand accounts of those events? Mirosław Firkowski found himself in three of these camps when he was a teenager, and since then has documented what happened to him via his memoirs in a book "Prez trzy kacety" (in English: Three Brushes with Death - Memories from three Nazi concentration camps).